We, citizens of all nationalities all around the world, will not watch in silence the spreading epidemic of sexual terrorism. We want to show our support, solidarity and admiration for the assaulted who paid the price of the ongoing Egyptian revolution with their own flesh, and to the heroic volunteers who are risking their lives for a safe Tahrir.

Therefore on Tuesday February 12, 2013, at different local times (see countries lists), we will gather in front of the nearest Egyptian embassy in our city/country, and people all over the world will do this.

LET US RAISE OUR VOICES BECAUSE:

– We accuse the Ruling Party for not taking strict measures to prevent organized thugs from attacking, stripping, raping, injuring and killing peaceful protesters;

– We hold responsible the Egyptian police and governmental institutions for not offering the necessary protection and safety to female Egyptian citizens. Not only that, but the police itself practices the crime of sexual harassment/assault;

– We blame the past and present Egyptian governments for condoning the crime of sexual harassment/assault by not issuing any strict law that clearly provides legal consequences to sexual harassers or those that indulge in sexual violence. We demand the enforcement of a strict law against sexual harassment in all its forms.

– We condemn the social acceptability of sexual harassment, violence and rape by the Egyptian society, which puts the blame on the assaulted instead of the aggressor;

– We hold accountable irresponsible media for focusing on personal, intimate and sensationalist details of the assaulted, instead of covering the criminal act in a professional and ethical manner;

– We urge every revolutionary group, political party or individual to speak up and take IMMEDIATE action against both the sexual attacks committed by organized mobs aiming to tarnish the image of Tahrir and terrorize the protesters, and the sexual harassment targeting Egyptian women and girls on a daily basis in the streets of their own country.
Fighting sexual humiliation and aggression should be a TOP PRIORITY in the noble strive for freedom and dignity of the Egyptian people;

– We salute every hero and heroine of the ongoing Egyptian revolution!
You teach us courage, perseverance and determination.

Sexual terrorism is a technique recently used extensively by organized mobs in Egypt aiming to injure, undermine, humiliate and scare female protesters in Tahrir Square, during the ongoing Egyptian revolution.

Let’s describe one of the scenarios, a true story from one of the assaulted women: she finds herself suddenly separated from her friends and encircled by 100, 200, 300 men. They tear off her clothes with knives that injure her body, they twist her neck and pull her hair to forcibly kiss her, hundreds of hands are touching her body as she is being collectively manually raped with fingers trusted into her genitals. The woman is dragged by the mob from one place to another, across the floor through mud and sewage. The people who try to help her get equally attacked: males get choked with clothing or threatened with knives, females get encircled to undergo the same horror.

Not only that, but when the assaulted finally manages to escape, most places refuse to offer her shelter.. because up till now, in the eyes of society, SHE is the one held responsible of the suffered crime, not the aggressor. In the eyes of society, SHE is considered to be the symbol of shame, not those who try to silence her. Sexual harassment/assault/violence has become more and more socially acceptable in Egyptian society over the past 10-15 years that today we have come to witness the most horrific aspect of it, practiced as a political tool of oppression. In fact, this is not the first time sexual harassment was used as a tool to silence female protesters: as early ‘Black Wednesday’ in May 2005, authorities during a protest used sexual harassment to disperse female protesters opposing constitutional changes that would grant former president Mubarak greater presidential powers, while security personnel and police largely endorsed the harassment, and stood passively by.

In the face of the latest atrocities in Tahrir Square, a group of initiatives were created such as Operation Anti-Sexual Harassment / Assault – a collaborative effort between several initiatives working on sexual harassment in Egypt as well as independent volunteers – and Tahrir BodyGuard, where young Egyptians have organized and trained themselves to combat the sexual assaults on the ground. They also provide follows-up to women and girls who have suffered the attacks. These groups have succeeded in saving many assaulted women from the time they started, despite the fact that they get attacked themselves during the operations. The number of their volunteers is growing and their efforts are tireless.

On January 25th, 2013, on the second anniversary of the Egyptian revolution, the number of cases reported to Operation Anti-Sexual Harassment / Assault (OpAntiSH) were 19 cases in 1 day, not including the unreported ones.

But again to reaffirm, although Tahrir Square is seeing an extreme unimaginable form of sexual violence against women, sexual harassment has become an epidemic in Egypt that affects the lives of Egyptian women on a daily basis. 83% of Egyptian women surveyed by the Egyptian Center for Women’s Rights in 2008 admitted to being sexually harassed, 50% of those on a daily basis. Disturbingly, HarassMap has received a number of reports from young victims – both on its reporting system and anecdotally from volunteers. School girls and boys too often encounter harassing teachers, classmates, doctors, taxi drivers and even family members who make sexual advances, grope, masturbate in front of them, and even sexually assault them. More critically, the average bystander witnessing sexual harassment does not necessarily interfere to stop harassment, the way they would in the case of an act of theft, or a street fight. In fact, they may even blame the harassed/assaulted for being the reason for sexual harassment, and even sympathize with the harasser. However no real efforts were made by previous or present governments to enforce real legal consequences on harassers that would put an end to this epidemic, hence HarassMap’s mission of ending the social acceptability of sexual harassment as an approach to address it.

Names of Supporting NGO’s and Pages:

– (Be Human, I am against Harassment), Egypt 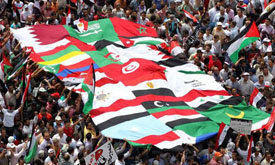 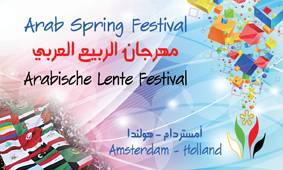