The performance took place in Slovenia on the 30th of June 2008. Omar Khairat and the group will join a combined orchestra from both the Slovenian and the French Symphony Orchestras.

The ceremony was broadcasted by Eurovision.

Omar Khairat in Slovenia
The European Union declared the year 2008 to be the year of The Euro Mediterranean Dialogue. Slovenia, the President of the European Union during the period January through June 2008 is organizing a great Cultural Festival in Ljubljana, where Omar Khairat and the Combo Group together with the Slovenian Symphony Orchestra will perform some of the compositions of Omar Khairat. We will keep you informed about this performance.

Asian games in Doha (ASIAD 2006)
Omar Khairat composed the music for the opening of the Asian games in Doha (ASIAD 2006). (We are preparing the complete opening and closing ceremony for our European visitors and will let you know more very soon).
(Notice: please note that we are using a high quality video files that may take longer download time for viewers using dial-up internet connection) 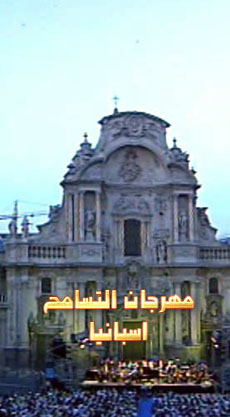